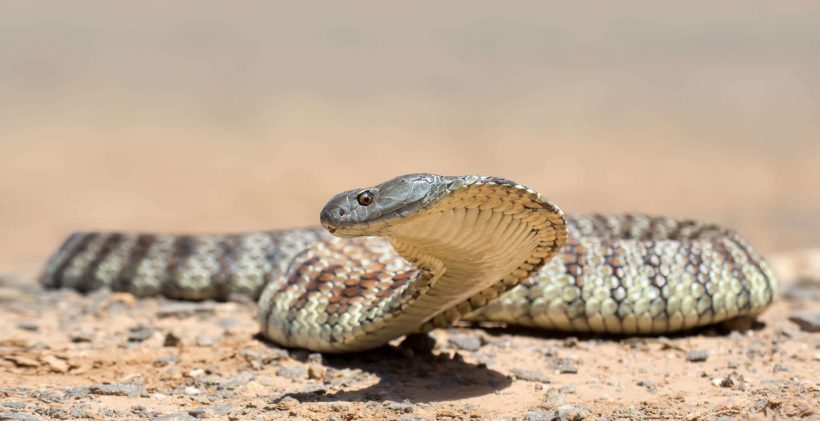 Striking research on evolution and biomechanics of snake fangs

February 26, 2020February 28, 2020 adminLeave a Comment on Striking research on evolution and biomechanics of snake fangs

Australia is famous for its dangerous snakes. The first modern snakes to reach our country were highly venomous relatives of the cobra, which evolved into a diverse range of species including tiger snakes, taipans and brown snakes. As only a handful of researchers are currently studying these intriguing serpents, many aspects of their evolution and biology remain unknown.  For example, as recently as 2007, South Australian Museum researcher Mark Hutchinson discovered a totally new species of taipan, the Central Ranges Taipan, in remote South Australia. This bizarre snake seemed to be a very primitive taipan, and extended the known range of taipans by thousands of kilometres.

A new project at the South Australian Museum, beginning in 2020, will look at the business end of Australian snakes – the structure and function of fangs. Fangs are long, hollow teeth that function like hypodermic needles to inject lethal venom deep into prey, with the venom acting to shut down muscle and nerve function. This research will involve detailed 3D scanning of the fangs of most of Australia’s venomous snakes, along with their non-venomous relatives. The resultant ‘virtual’ fangs and teeth can then be compared across species to see how fang shapes are related to diet, ecology and growth.

This research will answer several important questions.  How did short solid ‘normal’ teeth evolve into long hollow fangs?  Do fangs confer much evolutionary success? Have fanged snakes evolved, diversified and multiplied much more rapidly than their fangless relatives?  Are certain fang shapes correlated with certain diets, for example, are long thin fangs for large soft prey such as mammals, and shorter, thicker fangs for smaller scaled prey like lizards?

Teeth – including fangs – also fossilize very well, and understanding the diversity of the fangs of living snakes could help us identify the large numbers of fossil snakes in museums across Australia, including the South Australian Museum. This, in turn, has broader implications – did different species of snakes live in (say) the Adelaide region 50,000 years ago?  And if so, does this tell us anything about how the climate and environment might have differed back then?

There might even be biomedical applications.  Fangs are nature’s hypodermic syringes, and understanding their structure and engineering might improve medical equipment.

This project is funded by the Australian Research Council (ARC) and will involve Professor Michael Lee and Dr. Alessandro Palci (both jointly affiliated with the South Australian Museum and Flinders University), and Dr. Emma Sherratt (an ARC Future Fellow at the University of Adelaide).

Keep up to date with Collab

Stay up to date with our latest news, events and opportunities